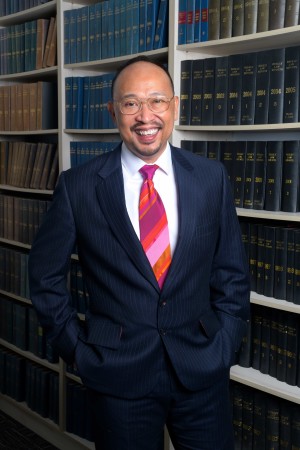 nasonex junior price Ariff is an advocate and solicitor of the High Court of Malaya and a practising Barrister-at-Law in England & Wales, and an Arbitrator.

paxlovid buy uk Meknès Ariff has practiced law for more than 30 years. He began his career in 1989 at an international city law firm in London.  From 1991 to 2003 he practised as a Barrister in Temple, London, England, where he was instructed as Counsel at various levels of the Judicial System in England and Wales.  He returned to Malaysia in 2004 and joined Zaid Ibrahim & Co as a Partner.  Ariff founded Ariff Rozhan & Co in April 2015 and is its Managing Partner.  In November 2015, Ariff set up the Chambers of Ariff Rozhan in London, England, from where he practises as a Barrister.  Ariff has also been authorised by the Bar Council of England & Wales to “Conduct Litigation” and is registered for Direct Access.

paxlovid prescription how to write Franco da Rocha Ariff has been recommended by peers as a “top litigation expert”. He has been ranked as a Leading Litigation and Dispute Resolution practitioner in Malaysia and was named as a “Dispute Resolution Star”.  He is recognized as one of Malaysia’s Leading Lawyers.

Kathmandu paxlovid prescription pdf Ariff is also a multiple recipient of the International Client Choice Award, a winner of the Asialaw Asia Pacific Disputes Resolution Award in Hong Kong, and he has also been consecutively named as one of Malaysia top 100 Lawyers in recent years.

Quotes From Clients about Ariff:

“Ariff is an exceptional litigator; he can craft arguments out of the box to support our claims and our defences.”

“He is effectively our go to lawyer when we require urgent resolution of matters; he thinks strategically and commercially.

“He communicates very well with both legal and business teams; he is available at a moment’s notice, he delivers as promised and he meets all deadlines.”

“He is an impressive advocate who anyone would want looking after their interests.”

“Ariff is a responsive lawyer; he has good technical knowledge.”

“Ariff is able to understand complex issues and turn them into simpler and smaller problems which are much easier to resolve.”

“His advice is clear, unambiguous and complete in its scope.”

“The speed at which Ariff manages to absorb large amounts of data and get a clear understanding of the many issues relating to the matter is very impressive.”

“The work of Ariff and his team is exemplary.”

“Ariff is very experienced and professional in conduct; he provides excellent counselling and thorough work despite quick turn-around demands.”

“Having Ariff as your counsel is a great advantage; he shares his expertise and has proven his ability to achieve the best possible result for his clients.”

“Ariff is an astute practitioner; he gives practical advice and he understands the client’s needs.”

“Ariff understands and appreciates the issues faced by clients both from legal and commercial perspectives; he offers practical advice.”

“Ariff sets the standard for client care; he is honest and direct with his clients.”

“His experience in multiple jurisdictions gives him a commercial and legal edge; he has a wealth of knowledge and experience which puts him five steps ahead of others.”

“The quality of his advice never deviates; he is not one to shy away from complex issues and he makes sure his clients are protected at all times.”

“He dominates by his preparation; no one knows a case better than Ariff.”

“He is reachable at any time; he treats all of his cases with the utmost care and his advice is sensible and realistic.”

“The profession needs people like Ariff to set the standard, raise the bar and to be the example; he is the only choice.”

“Ariff is very commercial, flexible and user friendly; he is an experienced litigator and he knows strategically how to present issues to the court.”

” I find him very approachable and very friendly. He did not hesitate to provide any assistance with any legal issues we had.”

Ariff is also currently an Independent Non-Executive Director of a public listed company in Malaysia where he was acting Chairman of the Board in 2013 and 2014, and Chairman of the Audit Committee from 2012 to 2014. Ariff is also a Fellow of the Chartered Institute of Arbitrators and a member of the Honourable Society of the Inner Temple.